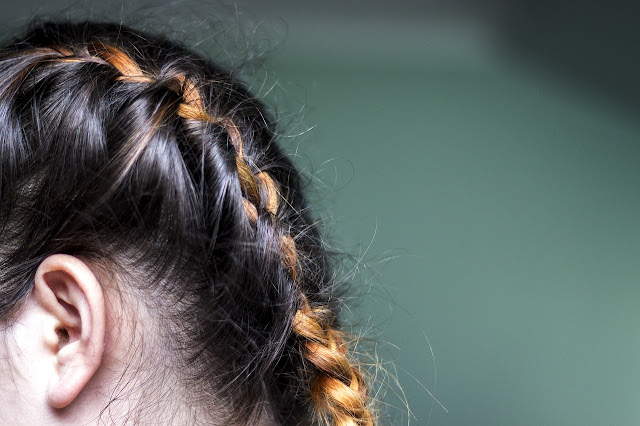 Whenever I want to try a new hairstyle, I head on over to Pinterest to search for DIY hairstyles as there’re loads of pictorials with easy to follow steps. I have pretty long hair and for the longest time I couldn’t figure out how to do a French braid, so I decided I needed to learn by looking for tutorials on Pinterest. I found learning how to do a French braid quite hard but these are my top 3 French braid tutorials I’d recommend trying if you want to nail the technique yourself.

My first tutorial is actually a video tutorial which will be good if you prefer to watch things step by step rather than reading and this video has had millions of views so it’s one of the most popular video tutorials I’ve found. It’s only 2 and a half minutes long and the steps are very easy to follow with spoken steps and the words are written on the screen, followed by a clip of Lauren Conrad doing the steps.

This is one of the most popular pins on Pinterest and if you have an hair based Pinterest board, I guarantee you’ll have seen it recommended to you as it’s been repinned thousands of times. This is actually a tutorial for doing a french braid waterfall bun and there are images plus twenty steps talking you through as well as a video which is really helpful.

This is my favourite tutorial and the style I like to wear most often as I love how it looks. It’s a double French braid half top knot which sounds very complicated but it really isn’t as there are step by step photos and a video talking you through. It’s perfect for the days where you use dry shampoo and it looks even better with day old hair in my opinion, and you’re only braiding your top section of hair so you can wave or curl the rest too.

Latex Free Eyelash Glues – Which are the best?!

Tattoo Aftercare – How To Look After Your New Tattoo

×
We use cookies to ensure that we give you the best experience on our website. If you continue to use this site we will assume that you are happy with it.Ok